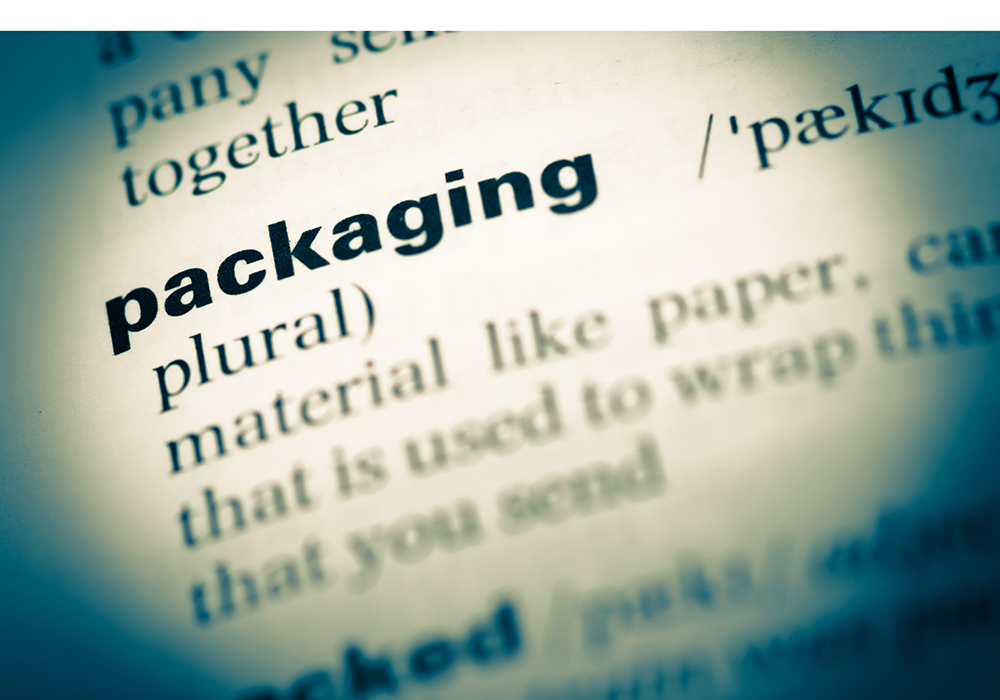 Banding is the act of applying multiple wraps of stretch film to a certain area of a load to reinforce and/or unitize a number of layers or products.

Between Frame Rails: The distance between the 2 outside frames on a conveyor section. Sometimes referred to as effective BFR, which would represent the usable width of the conveying surface.

A film extruded by the blown balloon type inflation system. Typically blown film is a tougher but noisier film than cast films.

The revolutions of film applied by a stretch wrapping system to the lower layers of a pallet or load. Typically more than one revolution is applied to this area to increase the load stability of the unitized load.

A mechanical roller that provides a resistive force that reduces the film feed rate being supplied to the load. The resulting drag will create an increase in tension between the load and the stretch film roll.

Molten plastic extruded over full width of a die, then cooled and crystallized over a drum. Cast film typically is quieter, more transparent, and glossier than blown film because of this process.

Is a pivoting roller that measures the film feed requirements of the pallet. As the pallet rotates, the stretch film needs to accelerate and decelerate around the corners to maintain a constant film force (or tension) on the load. The dancer bar pivots as the load demands more or less film fed. This is one common method by many manufacturers to measure this film feed requirement.

As a film is applied to a load the speed or velocity at which it is applied is called film feed. The feeding of the film is rarely constant as it must be accelerated and decelerated to compensate for the corners of the load to keep the film tension constant. Without this corner compensation feedback the film tension would increase as at the corners causing potential damage or film breakage issues.

Film Force is the retaining force applied by the stretch film on the product being wrapped. This force is typically measured in pounds. Film force is created two ways. The second method is by delaying the film feeding out of the carriage. During wrapping the film is fed out at a constant tension. By delaying the response (speed) of the carriage film feed, you electronically increase the film tension. A film force dial is typically located on the control panel or carriage.

Film memory is THE key reason for prestretching stretch film. Prestretching stretch film creates a memory in the film, which causes a continuous elastic effect as the film tries to return to its unstretched self. This ensures that the load integrity is maintained even as the load shifts or settles during transit. It is this film memory that differentiates prestretched film from non-prestretched film or other means of unitizing. For instance, settling that occurs during shipment can loosen other methods of unitizing (strapping) where prestretched film memory takes up the slack and continues to secure the load.

Stretch film designed to be post stretched or tensioned stretched by personnel without equipment is called hand wrap. Typically hand wrap does not have the stretching abilities of machine wrap and is wound on smaller and lighter rolls for easier manipulation.

Home position is the position of all the moving sub assemblies on a stretch wrapping machine when they are at rest and ready to begin a new cycle.

Stretch film and machine manufacturers have divided the types of loads wrapped into three load types based on the degree of difficulty to wrap the load or product.

A-Load: Is the simplest of the load types. Usually a std. pallet with no sharp edges, clean sides without obstructions that may interfere with the application of the stretch film.

B-Load: This load type is made of varying sizes of boxes and may present irregular edges.

C-Load: The most difficult type of load. It may be unstable, with sharp corners that may have an effect on speed.

Is the measurement of a pallet or product load across the diagonally opposite corners. This dimension is critical in determining the overall size of a stretch wrapper. The difference in this dimension in the largest load to be wrapped and the smallest can also effect how the machine needs to be designed. The equation for determining a load diagonal of any pallet is (L2 + W2).

As film is stretched there is a tendency for the film to narrow (similar to bubble gum). This narrowing of the film is called neckdown. Neckdown reduces the coverage a revolution of stretch film provides thus potentially increasing the number of revolutions required to wrap a pallet or load. The larger the distance between the two rollers stretching the film (Primary and Secondary prestretch rollers) the larger the neckdown.

Programmable Logic Controller: An electronic microprocessor device that stores and executes automatically a series of programmed commands that produce a machines sequence of operation.

Is the assembly n a stretch wrapper that stretches the film prior to applying it to the load. Located on a vertical traveling slide, the prestretch carriage applies a spiraling layer of stretch film to the load thus encapsulating the load in stretch film.

Gathering the full width of the film using a bar or roller so that it creates a “rope” is called roping. Stretch film that has been roped is nearly unbreakable and is most often used to lock a pallet to the product. This is easily done with a turntable style machine. With rotary arm style machines an air cylinder can be used to actuate the roping process. In some cases, roping has eliminated the need for other packaging materials such as strapping.

Tension stretch (or post stretch) is the method of stretching the film by pulling (or tensioning) while the film is applied to the pallet. Although this increases the film force, the load being wrapped limits this tension. Empty PET bottles or light boxes will be crushed or damaged by high-tension stretch. Layers of product can be swept of a pallet and film breaks also increase as the tension stretch is increased.

Top sheet dispenser is a piece of equipment that applies a poly sheet of plastic top sheet to the top of a load to provide a water resistant layer. Typically, once applied, a top sheet is subsequently wrapped with stretch film to secure it in place. The top sheet film is unrolled, cut to size, and applied to the load automatically by the top sheet dispenser.

The poly plastic film that is applied to the top of the load.

Wrap parameters are the variable settings on a stretch wrapping system that can be adjusted to meet the load retention requirements of the product to be wrapped. These parameters typically include settings like: Top wraps, bottom wraps, film carriage vertical speed, turntable (or arm rotation) speed, and film force.